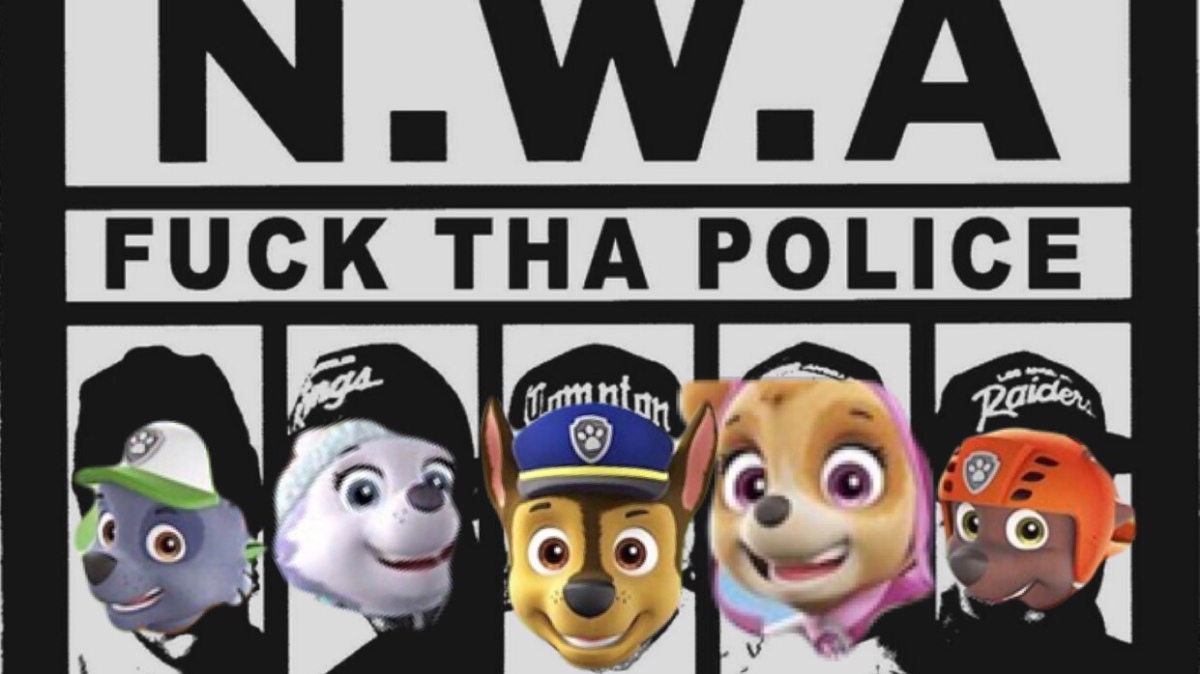 In a startling and unsolicited act of solidarity, Nickelodeon has changed Paw Patrol’s Theme song to NWA’s “Fuck the Police.” Arguing that it would be a helpful bridge for parents to teach their children All Cops Are Bad, show creator Keith Chapman states that “children are never too young to learn to fuck the police.”

This change came on the heels of a highly controversial episode in which police pup Chase stomped out an unarmed chocolate lab.  “We wanted to use the episode to explore some of Chase’s implicit biases and how Ryder’s culture of silence let corrupt officers like Chase off the leash,” Chapman said.

“The reality is that WE let the dogs out,” said Rocky voice actor Stuart Ralstad, “Our silence is letting these dogs out and it’s time we said something.”

Chapman said that they have gotten some backlash for the change, but “Paw Patrol has never shied away from the real world issues and we’re not going to start now.”