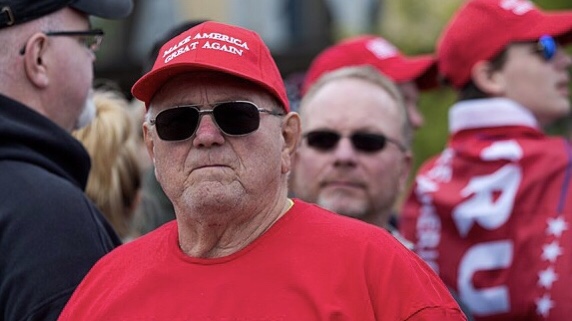 Ralph is consumed with two things: protecting his health, and expressing his freedom to destroy his health.

“I’m not following the government’s recommendations blindly,” he said while drinking his morning glass of Clorox, “that’s why I only listen to what the President tells me to do.”

“You think you can trust the people who made the vaccine because they’re scientists? Well, scientists made bleach, too! And, by the way, it was first!”

Critics find it fitting that the President who campaigned on the phrase “Make America Great Again,” would champion a chemical known historically for keeping things white.

Ralph said at this point, he can’t even take these “so-called medical professionals” seriously after addressing the need for more masks and other personal protective equipment.

When asked if there were any side effects to regularly injecting bleach he stated, “Technically, I’ve lost my eyesight, but I’m still not as blind as the people that believe the Mainstream Media!”